Leonardo da Vinci was born in April of 1452 and passed in May of 1519. He is widely considered tp be the greatest painter of all time even though only about 15 of his paintings still exist. Leonardo had many interests including drawing, painting, architectures, sculpture, anatomy, inventing and a myriad of other interests. Many consider him to be a “universal genius” and I agree. 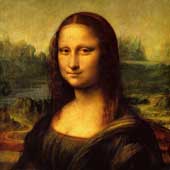 The Mona Lisa is the most famous portrait in the world. Leonardo da Vinci was the first painter to use an aerial perspective in his background. It is 30 x 20 7/8 on wood. It is owned by France and it currently hangs in the Louvre. Her smile is both alluring and aloof. Leonard made this notion of happiness the central motif ot he portrait. This notion made the work such an ideal. The nature of the landscape plays a role. The middle distance ius on the same level as the sitter’s chest and is in warm colors. People live inb this space. There is a winding road and a bridge. The background represents the transition between the space of the sitter and the far distance where the landscape becomes wild and uninhabited. 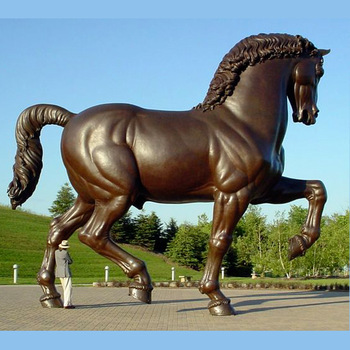 The bronze sculpture of this horse conceptualized by da Vinci took 500 years to create. In 1493 a full scale model was created in clay. Leonardo couild not proceed with the bronze as the bronze was used to make ammunition to defend the city from Charles VIII. The clay model was destroyed over the years. In 1977 Charles Dent began a campaign to build the bronze. The final cast is full sized, 24’, and resides in the Hippodrome de San Dioro in Milan. It was unveiled in 1999. It is said da Vinci mourned the loss of his horse. It was to be the largest equestrian sculpture at the time. Various artists worked on the modern renditions of Leonardo’s Horse. The sculpture dominates the landscape with 15 tons of  bronze thanks to the Da Vinci Science Center in Allentown, Pennsylvania. 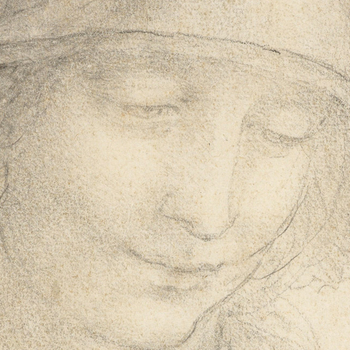 “Head of St. Anne’ is a drawing da Vinci did in 1509-1510. It is one of several sketches da Vinci did to prepare for the painting of “The Virgin and Child With St. Anne”. It currently resides in the Louve. I have always loved the softness of this drawing. I think of this particular drawing when I see new mothers cuddle their precious newborns. Subtle shading is so lovely and effective. Da Vinci did many drawings in preparation for his paintings. He stressed over the fine details of each part. 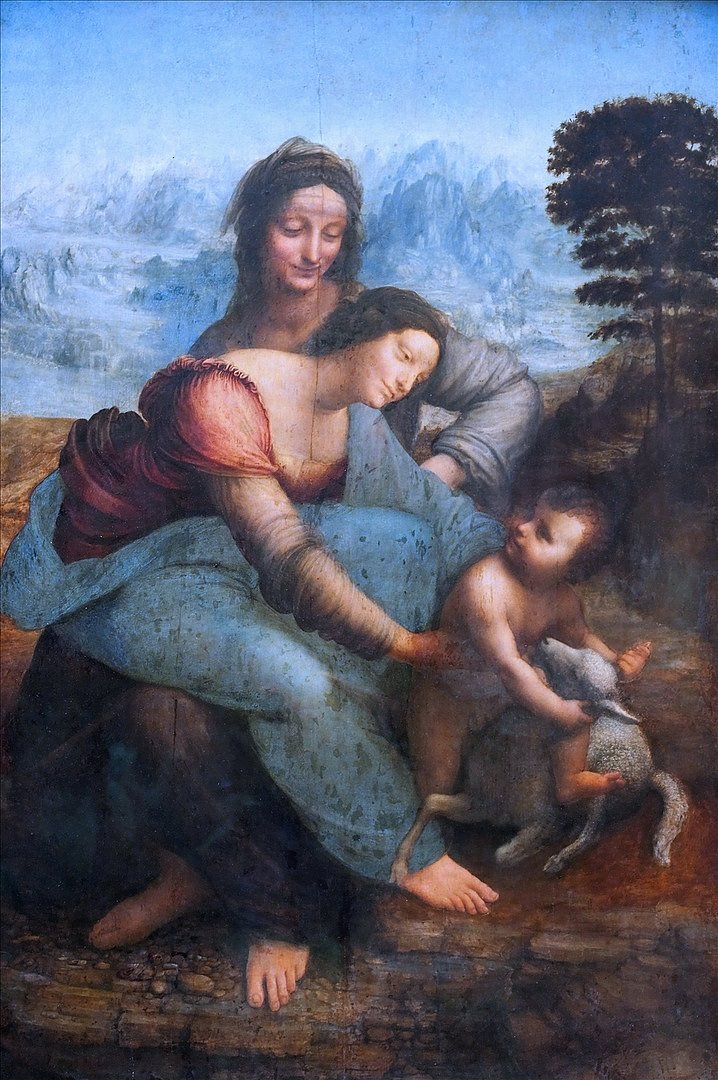 “The Virgin and Child with Saint Anne” is oil on wood and measures5’6” x 3/8”. It depicts Saint Anne, her daughter the Virgin Mary and the infant Jesus and was painted in 1510. The original painting is located in the Louvre in Paris. Da Vinci arrange the figures as a pyramid set in a landscape. The theme of the Virgin Mary with Jesus was a common theme. However the piece is unusual as Maryis portrayed in her   mother’s lap. But it does remind us all a Mother never ceases to be a Mother. The face of St. Anne is gentle, loving as is the face of Mary. Still, to me, the face of St. Anne in the previous drawing is so much softer and gentler even than in this painting. It always has appeared to me such master painters, the artists who we study and who we greatly admire have definite commonalities. They struggle to improve. It makes me humble and slightly satisfied to see such struggle from a well-loved artist such as da Vinci. Somehow it makes my struggle to improve so much more rewarding. It’s much like sharing time with one whom I admire. 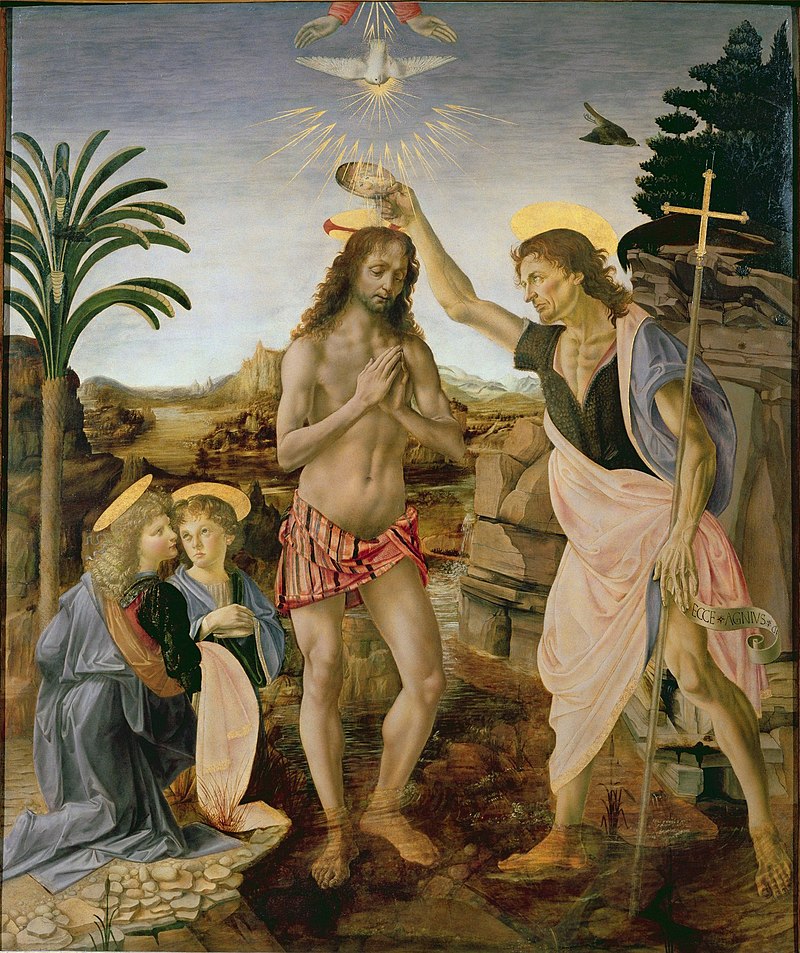 Leonardo was a studio boy in the workshop of Verrocchio at 14 years of age. At 17 he became an apprentice and he remained in training for 7 years. In those years much of the actual painting of a popular artist was completed by apprentices. That is the reason the work was not signed in that time. It is said when Leonardo completed his painting of the young angel holding Jesus’ robe in a manner that was superior to his master’s technique that Verrocchio never painted again. This was in “The Baptism of Christ” painted between 1472-1475.

Leonardo was born illegitimate. I cannot imagine the enormous stigma of that fact at that time. But this Renaissance Man, without formal education conceptualized flying machines, an armored fighting vehicle, concentrated solar power, an adding machine and the double hull along with many other inventions. Very few of his designs were even feasible during his lifetime. I become enthralled when I review the history of this man! My Friends, there is a reason I chose to present Leonardo Da Vinci at this time. Don’t miss my next installment. I have a mystery to explore.